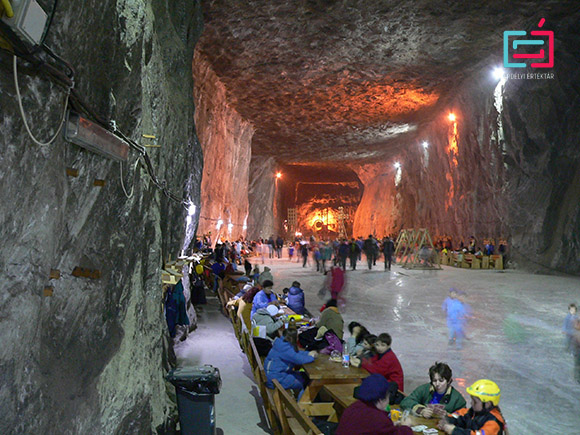 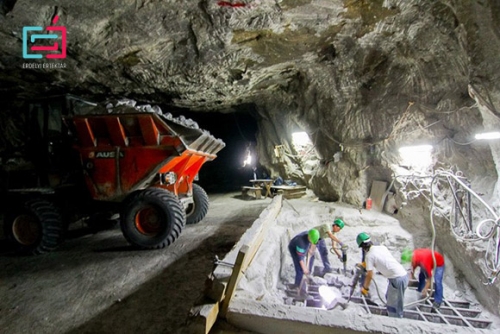 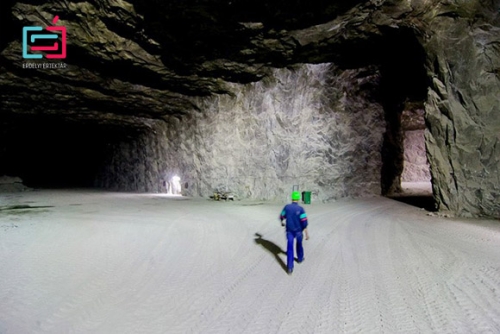 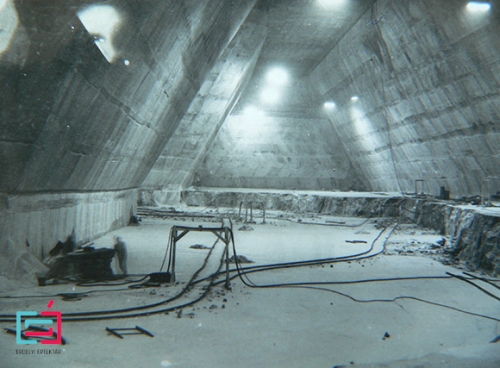 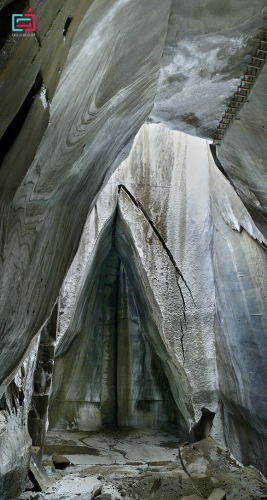 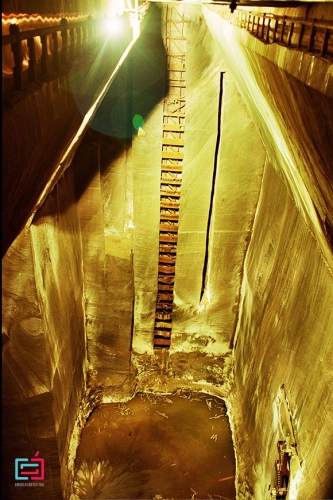 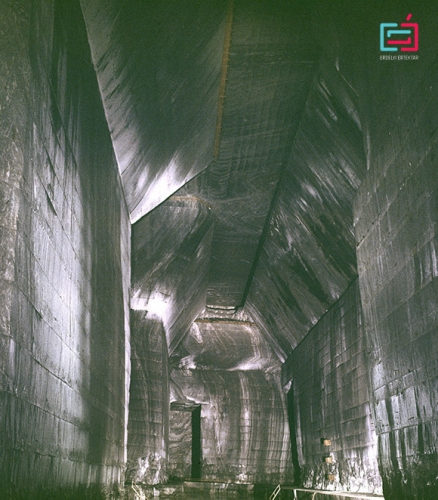 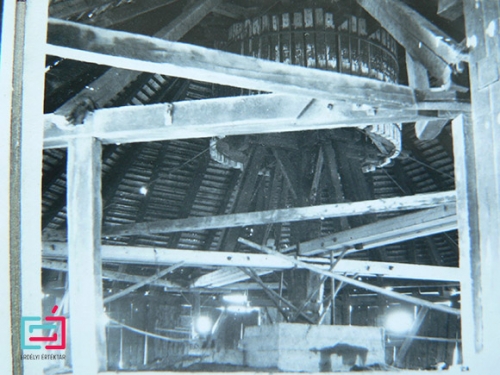 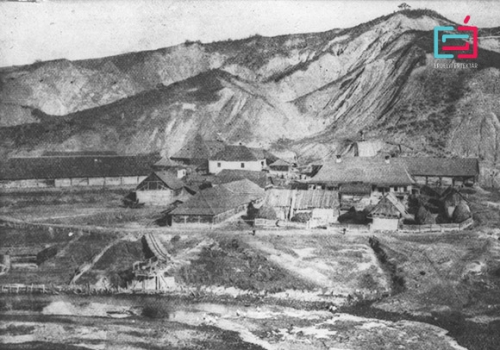 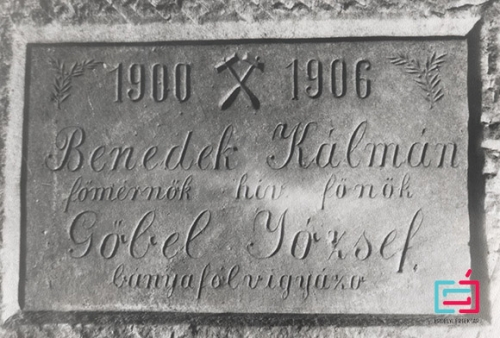 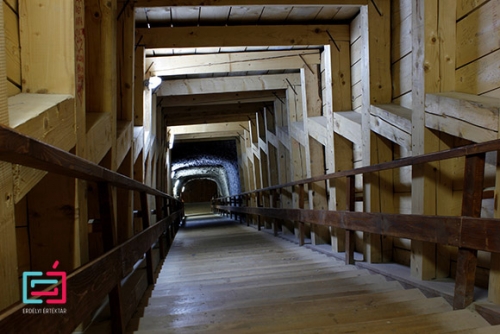 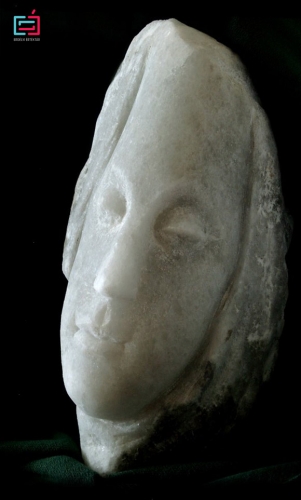 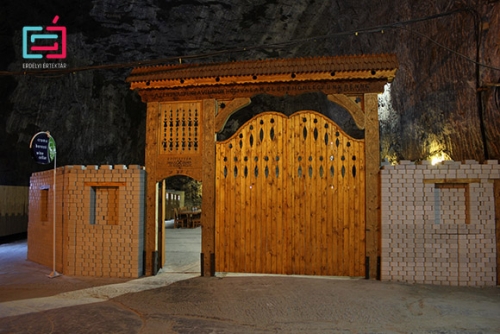 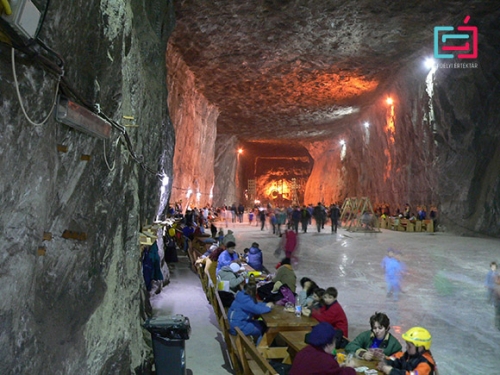 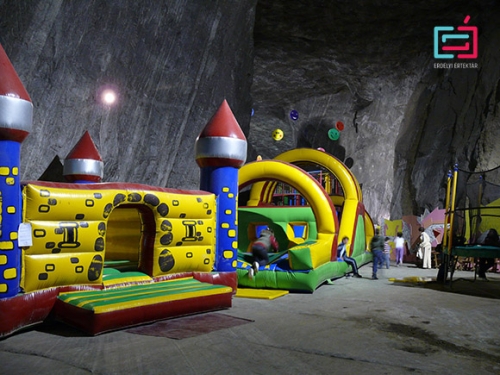 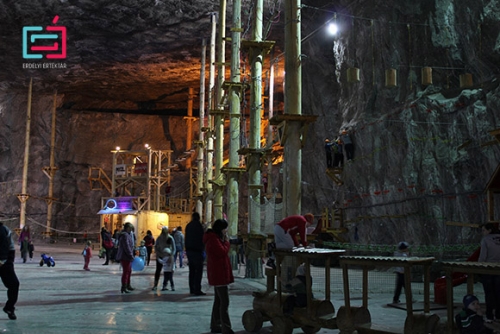 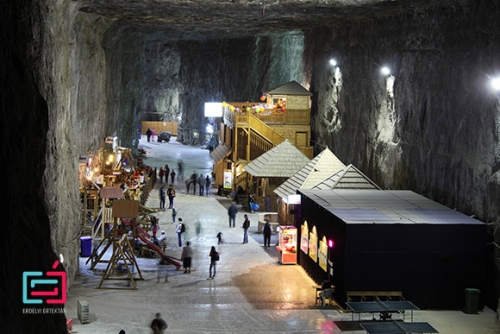 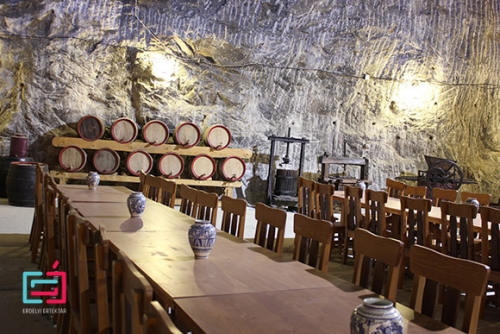 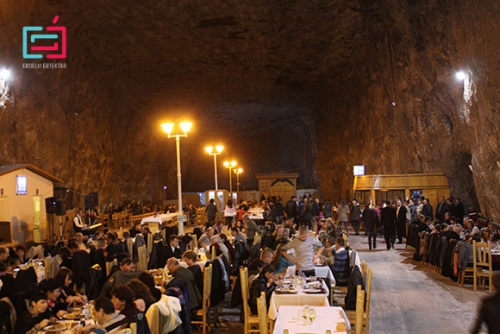 In the eastern part of Transylvania there is a landscape – the only one – which got his name from his own mineral resources: the Land of Salt. As part of it, the giant salt pond in Praid is 1.2×1.4 km in diameter, slightly elliptical, and rooted at a depth of 2.7 km. Corund – Praid – Sovata – Gurghiu line represents the salt road from Eastern Transylvania (“salt belt”), and out of it, rises the Salt Valley from Praid.
The salt mine from Praid has a variety of secrets: geological, historical, mining and health. The first secret is the formation of salt from Transylvania. The formation of the salt from Transylvania – of which the salt folds from Praid – dates from Lower Baden geology, with about 20-22 million years ago. The geological sediments of the following period were deposited on previously precipitated salt layers and under their pressure were pushed to the edge of the Transylvanian basin.
Less specific weight of the salt environment also facilitated their movement, and along the existing breaking lines it brokes out, forming large rings of salt and diapir. The salt wealth from Praid presents hundreds of years of mined gemstone salt and the bottomless treasure of Transylvania.
The old community of ownership and legal equality from Transylvania had a decisive influence on the mining and salt trade in Szeklerland. One of the szekler’s freedom elements (libertas), is that natural treasures could be used for their own benefit, hence the freedom of the “right to salt” of the Szeklers. This represents the key of salt history from Praid, because over time salt extraction was represented by the restriction and restoration of the law according to the freedom of the right to salt.
The first indirect written reference to salt extraction from the Salt Region is met in a privilege letter given to the Order of the German Knight of Barsa country (in 1222) by Emperor Andrew II., allowing six-six ships to be held on the rivers Mureş and Olt, with which they were carrying salt in one direction and merchandise on the way back.
The next mention of the salt mine dates back to 1405, when King Sigismund of Luxembourg forbade owners to open their own salt mines on their own land. In 1463, King Matei Corvin confirmed the freedom of exploitation of salt and its commercialization. Right from the beginning, salt from the Land of Salt was a public property of the Szeklers, and so every Szekler household received salt free of charge, but only until 1562, when after the revolt John Sigismund II occupied the salt mine for the benefit of the royal chamber. Among the conditions for the election of the Transylvanian rulers is the respect for the ancient freedom of the Szeklers and the guarantee of freedom of the right to the salt: Báthori Gábor (1603), Bocskai István (1605), Bethlen Gábor (1613) és I. Rákóczi György (1631). The so called salt of the Szeklers has got back its freedom during the independence war led by Rákóczi Francis II.
The mining of the underground salt mine in Praid began in 1762, when Mine Joseph opened in form of a bell, under the guidance of an austrian mining officer Johann Frendl. The extracted salt, bound in buffalo leather, was pulled to the surface by four pairs of horses, and in 1765 surface paintings were also seen. In 1864 the trapezoidal parallel mine was opened, then in 1898 the Elisabeth research tunnel was drove in the north-western part of the salt canyon.
The techniques of medieval cultivation of salt mines in Transylvania and Maramures were reorganized by the Romanian administration after the First World War (1920). In 1945, salt extraction with explosives was introduced, after which the Hungarian salt extraction tradition became definitively a historical memorial.
Between 1947 and 1949 they opened the mine which keeps up the memory of the great revolting szekler Dózsa György, but until 1954 the Parallel mine also functioned.
In 1978, under the old mine chambers, they built new depths with unique room dimensions (12 m high, 20 m wide and 200 m long) all over the country. Later, in 1991, the formation of the Telegdy mining area began in the north-eastern part of the salt mine. Here the dimensions of the chambers are: 16 m wide and 8 m tall, and the square support beams have a cross section of 14mx14m.
Salt from Praid since the 15th century is called “Szekler Salt”, which gave the name of a region in Transylvania, gave the right to the salt, provided for centuries jobs and living conditions for people in the region, and not least gives the taste and soul of the Szekler and Transylvanian dishes.
The salt mine in Praid keeps its last secret value: the endless charm. Whoever deciphers it – receives eternity in gift – can turn into a salt idol.