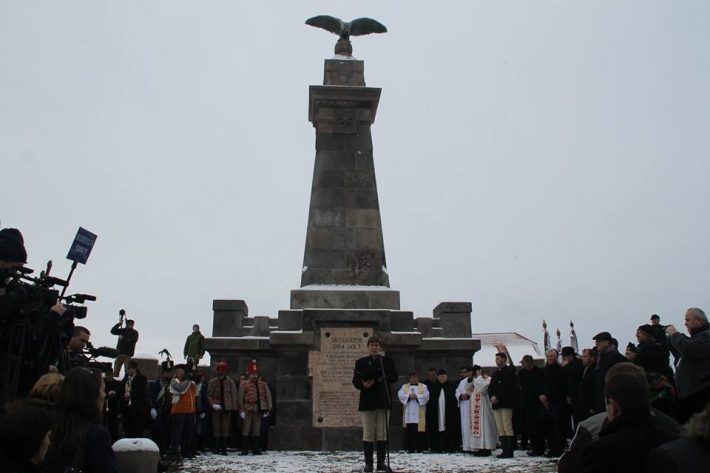 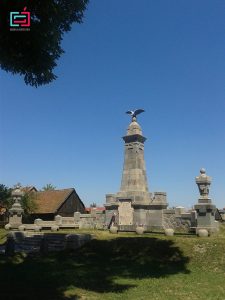 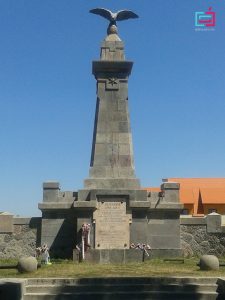 The Siculicidium Memorial is associated with the organization of the Szekler Border Guard, started on 5th of July 1761 by the Imperial Order of Maria Theresa.
At the moment of recruiting from Ciuc, the rebellious Seklers came to Siculeni during the first days of January in 1764, to present together with the Border Guard Committee a protest attesting their justice. The Commission addressed an invitation to the armed seklers, gathered at Siculeni, to attend the audition of the royal decree, to which they asked for postponement for the next day, referring to Epiphany celebration day.
The armed seklers from the Three Seats area and Casin because of the supposed resistance, at the command of Baron Siskovich, Colonel Carato on 7th of January at daylight attacked the village of Siculeni. The number of those who died in the battle is still uncertain: according to Lénárd Losteiner’s records, the number of fallen persons is estimated around 183, after Mr. Benkő József 186 people, after Mr. Rettegi György 600 people, and in the memorial of M.C. von Heidendorf are mentioned 400 people. Dr. Balló István in his chronicle about the massacre at Siculeni, writes about 500 dead and 1000 injured.
The tragic events of the border guards from Ciuc have entered in the history as the Massacre from Siculeni, the old name was expressed by Count Lázár János, member of the Siskovich Committee, in its annual chronology: SICVLICIDIVM, which marks the year of the massacre: 1764.
The Siculicidium monument established in the memory of the Szekler Massacre from 7th of January 1764 is in Siculeni. The monument was handed over to the community from Siculeni on 8th of October, 1905.
The area, where those who died during the massacre were buried and where the monument was designed, was owned by Zakarias Izsák from Frumoasa. At the request of the Monuments Committee, the landlord gave up the land in exchange for annual commemoration mass.
The monument was designed by the architect Tamás József, who lived in Budapest, and the constructions were carried out by István Szász, an architect from Frumoasa.
The marble sheet of the monument was created by an engineer from Budapest, Nándor Sántha, while the column decorated with the Turul bird shape, was created by a sculptor of Ciumani, Miklós Köllő.
The author of the monument’s raising is Gyula D. Orbán, after Dr. Balló István’s wrote in the Massacre from Siculeni. The original idea appeared in the Csíki Lapok newspaper, the edition of 21th of October 1891, with the title 1764, in a patriotic article draws public attention to the moment of the battle. On November 15, 1891, a committee with several members was established for the task of raising monuments. The initiators: besides Mr. Benedek István, general lieutenant in 1848, who was the chairman of the monument building commission, there also were: Nagy Sándor, D. Orbán Gyula and Györgyjakab Márton (the owner of the newspaper Csíki Lapok). Members of the committee: Murányi Kálmán – priest from Racu, Bándi Vazul – high school teacher, Lakatos Mihály – professor as secretary, Dr. Csíky József – lawyer, private property director of Ciuc County as notary, Gál József – trader as a treasurer, worked in the commission.
The protector of monuments raisings Mr. Mikó Bálint, at the inauguration of the monument no longer represented Ciuc County. On the occasion of organizing the celebration of the monument’s raising Dr. Györgypál Domokos and Becze Antal gave speeches. Fejér Sándor handed over the monument to the community from Siculeni in order to preserve it.